– The sports organization dedicates the solidarity tier of Villarreal-Getafe to the association.
The president of the Conquistando Escalones Association, Abrahán Guirao, has given Marcos Senna, as representative of VillarrealCF, an honorary submarine for his help through the Endavant Solidaritat project.
Since the creation of the association, in order to raise funds for the research on Limb-girdle Muscular Dystrophy 1F and HIV, the Association has received the support of the entity chaired by Fernando Roig. In fact, Guirao recalls that “thanks to the donation of just over € 20,000 from the Villarreal – Levante ticket office disputed in 2016, some of the investigations could be launched.” In addition, that same year the donation of a football table commemorating the UEFA Europa League match against Bayer Leverkusen and thanks to the donor who acquired it, another € 10,000 could be raised.
“In Conquistando Escalones we are very grateful to the yellow club, since their support was one of the engines that helped us to start in our beginnings and to pay some of the researchers who continue to move forward in search of a cure for our disease” thanks the president while adding “we trust that within a few months more collaborations will materialize and campaigns and initiatives that we have already talked to the club will be launched,” says Guirao.
It should be noted that Conquistando Escalones is the entity chosen for the Villarreal – Getafe solidarity stand next Saturday, January 21 at 6:30 p.m. and tickets can now be purchased for a donation of € 10 at the established point of sale, in this case Cafeteria Tàrrega 65 of Vila-real. 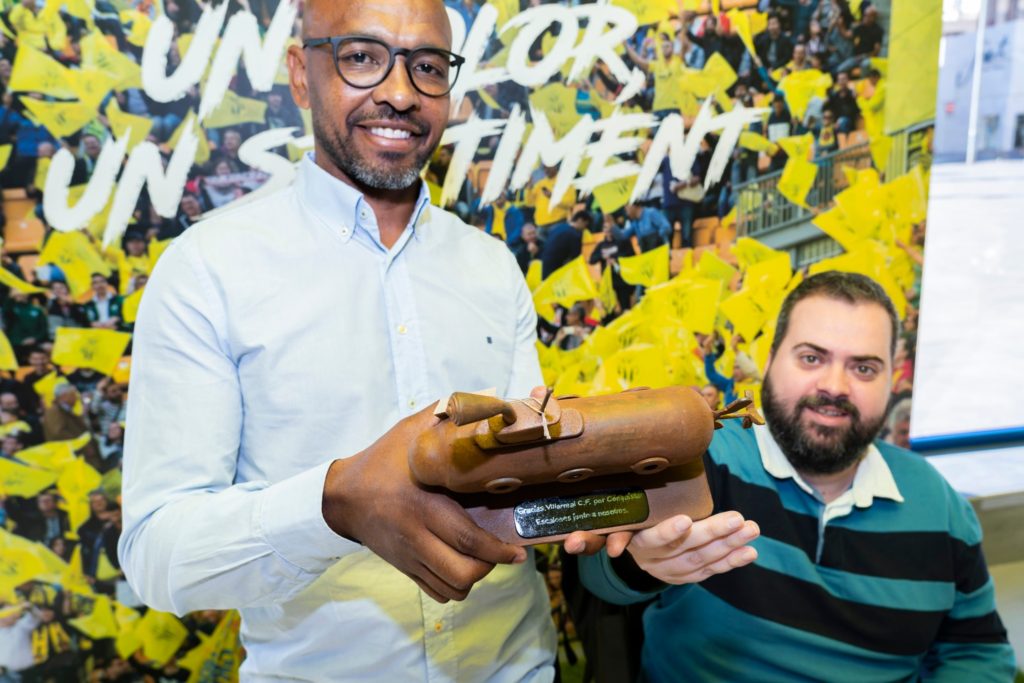 The honorary submarine delivered is an exclusive design made by Deferro Artesà.