– Located biomarkers that can help improve the prognosis of the disease. 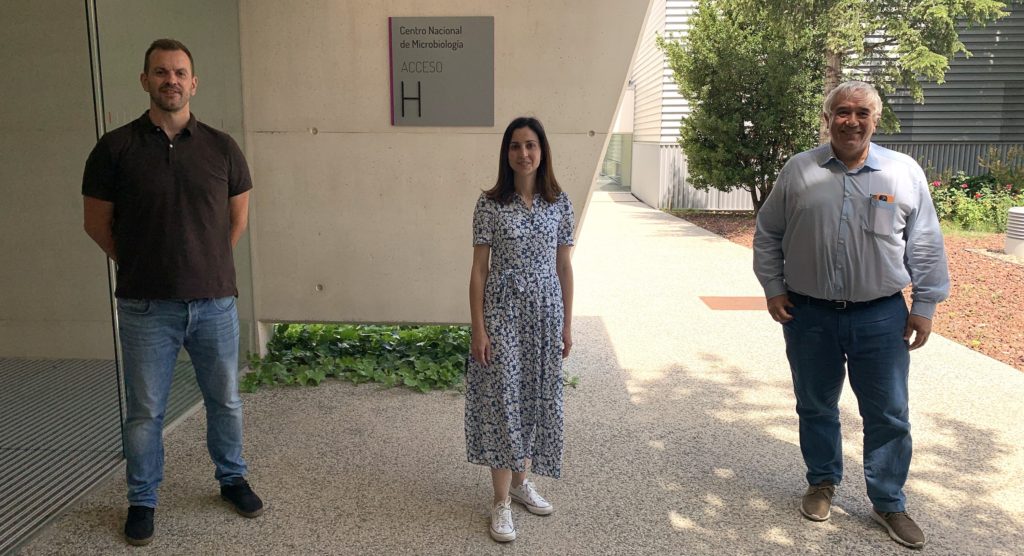 A team of researchers from the ISCIII and the CIBER for Infectious Diseases (CIBERINFEC) has published an article in the journal Frontiers in Cell and Development Biology that reveals new information about a genetic mutation that protects against HIV infection and, at the same time, causes a rare muscle disease (Limb-girdle Muscular Dystrophy 1F/D2, LGMDD2 onwards). The research is led by the AIDS Immunopathology Unit of the ISCIII National Center for Microbiology, directed by José Alcamí, with Sara Rodríguez-Mora and Francisco Díez-Fuertes as main authors, both from the CNM and CIBERINFEC, and has been carried out carried out in collaboration with the team led by Juan Jesús Vilchez, from the La Fe University Hospital in Valencia and financed by the French National AIDS Research Agency.

These studies are also financed (in addition to patient samples) by the Asociación Conquistando Escalones, which is very grateful to the work of the research groups, which is bearing more and more fruit.

Three years ago, in 2019, the team led by José Alcamí, who coordinates the aforementioned AIDS Immunopathology Unit, described in the journal Plos Pathogens the second known genetic defect that protects against infection by the HIV virus. This article revealed that the mutation in the Transportin 3 gene, a protein involved in the transport of the HIV virus to the nucleus of infected cells, is associated with protection against this infection, but also causes a rare muscle disease called muscular dystrophy. waist type D2 (LGMDD2), which affects a hundred patients, the vast majority belonging to the same family and registered in Spain and Italy. This finding provided a model of resistance to HIV infection that opened the door to the identification of new therapeutic targets not only against the aforementioned rare disease, but also against HIV infection, which affects millions of people.

Now, the published article delves into the mechanisms by which this mutation causes muscle disease and resistance to HIV infection. In addition to contributing to a better understanding of the pathogenic mechanisms of muscle disease, the study identifies biomarkers that can help monitor its prognosis and progression, facilitating its clinical management.

Specifically, the researchers have carried out an analysis of the transcriptome of patients affected by the rare disease, and have observed that the levels of lymphocytes – cells of the immune system – in peripheral blood reveal an inflammatory state that affects different immune pathways. This increase in the inflammatory level may be a consequence of the damage caused by muscle disease and, in addition, may contribute to aggravating it. The article also points out that this inflammatory state and, specifically, the activation of the routes of another type of molecule of the immune system, class I interferon proteins, represent a barrier against HIV infection.

Among the factors involved in the development of this type of muscular dystrophy, research points to the interleukins TNF, IL-17 and IL-1β, the expression of metallopeptidases, and various interferons, which together suggest a basal immune activation and an inflammatory state in patients with LGMDD2. In addition, the implications of other proteins, such as CHERP and SF3B4, must be studied in greater depth, since they may be related to genetic splicing mechanisms linked to the development of the disease.