Next saturday May 21th, the last of the San Pascual fests in Vila-real, will take place a charity dinner with fundraising in favor of the Association Conquistando Escalones. Specifically it will take place at the “Racó de Pepa”, located at C/Ausias March nr.3 of Vila-real. A dinner, which won’t count with closed menu, but where everybody would spend what they consider more convenient for our cause and which you can reserve calling to 667 70 79 80.

Apart from enjoying the gastronomy, the bystanders would enjoy of the “show” of Toni de l’Hostal, humorist who collaborated at the “Festival de l’humor en valencià” which raised over 20.000 euros for our cause, which is no other than be able to pay the medical investigations which seek the cure for the 1F Limb-girdle Muscular Dystrophy and the AIDS, given that the genetical mutation which causes the first, makes us immune to the second one.

Also, it will take place a raffle amongst all who acquire tickets which are now for sale, with rewards that include a staying at a rural house in Murcia with capacity for 7 people, wines, and lots of different kind of food and drink.

The dinner is organized by the Restaurant El Racó de Pepa and the Association Conquistando Escalones, counting with the collaboration of Villa Amparín II, Magnanimvs, Perfumarte, Casa Jaime and Disco Laeros 54. 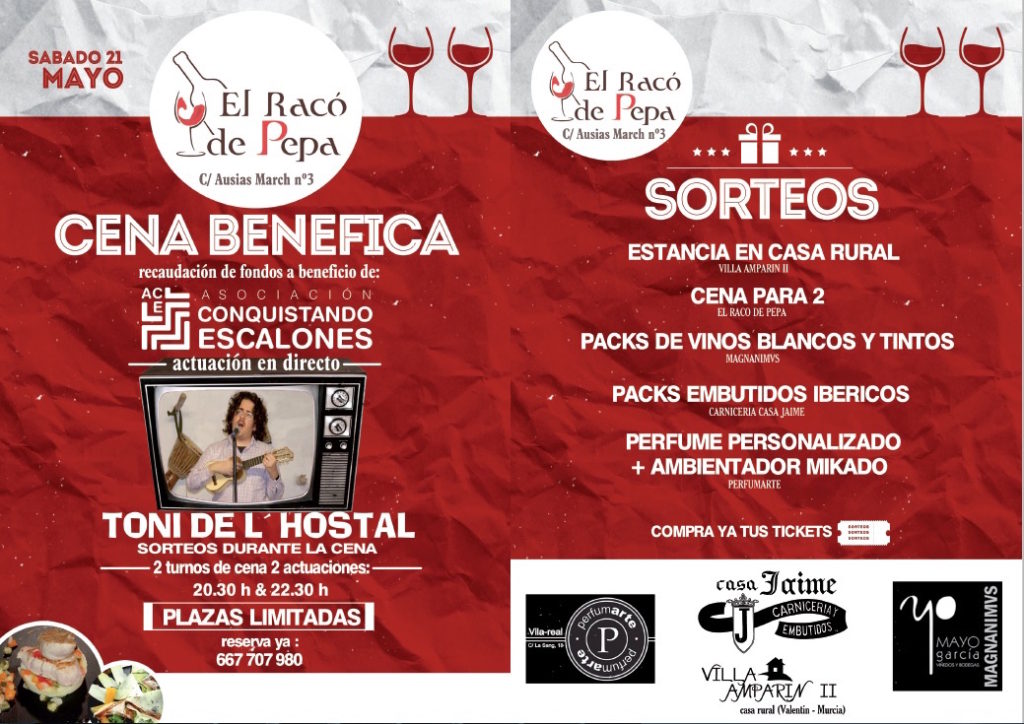