The “ruta de la tapa” of Vila-real, celebrated between april and may 2016, arrived to its 10th edition, being confirmed not only as the first (by seniority) and most important province, but also as one of the most entrenched of the Valencian Community. This year more than 40.000 tapas have been served, generating more than 120.000 euros of business.

On the last years, the establishments attached to the route, donate initially 50 euros which at the end, are intended to a charitable cause. This year we had the honor of being the beneficiaries, having been delivered to our vicepresident, Abrahán Guirao, a bank check of 1.600 euros, which will be of great help to go on with our cause, which is no other than pay the medical investigations which seek the cure of the 1F Limb-Girdle Muscular Dystrophy and the AIDS.

We want to give thanks to the Vila-real municipal council for keep involved with our cause, especially in this occasion to the Tourism area headed by Emilio M. Obiol, to all the sponsors and the collaborators who make possible the “ruta de la tapa” and to all the restaurants involved in. and especially to Pepa Carda from the Racó de Pepa. 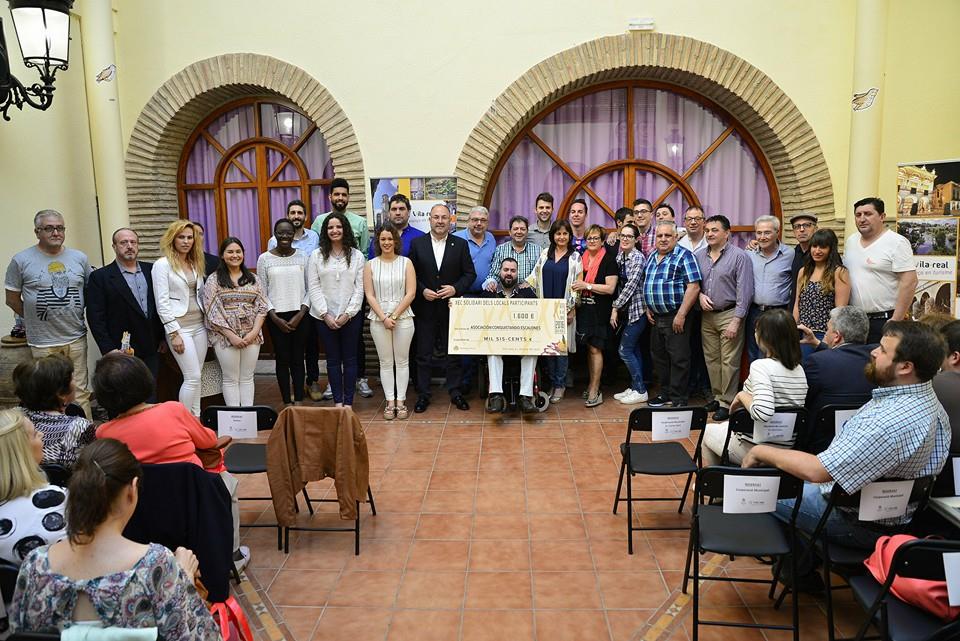