A few days ago, thanks to funding from our association, the first phase of the research project entitled “Creation of an in vitro cell culture system to study the role of transportin 3 (TNPO3) in skeletal muscle” made by Giovanna Cenacchi, from the Laboratory of Pathology and Subcellular Diagnostics (Department of Biomedical and Neuromotor Sciences, Alma Mater, University of Bologna) and Prof. Corrado Angelini, from the Laboratory of Neurobiology (San Camillo Hospital Foundation, IRCCS Venice Lido)  has begun. The genetic cause of 1F Limb-girdle Muscular Dystrophy (LGMD1F) has been identified in the mutation of the TNPO3 gene encoding a protein, transportin 3, which is altered.

The purpose of this study is to create a new in vitro model of cell culture that could help to clarify the role of TNPO3 in muscle, yet unknown, and which could, in turn, lead to a better understanding of its role in the pathogenesis of LGDM1F.

The first step is to identify the pathogenetic mechanism, starting from the mutation of Transportin 3, which could block the activity of the protein that can not enter the nucleus or could cause TNPO3 not to be able to act with the proteins, causing blockage of the import into the nucleus of a model of proteins related to RNA splicing.

For this, the project will study expressions of different proteins related to the splicing and degradation of proteins under standard experimental conditions in differentiated cell lines and also under conditions of transportin 3 silencing to reproduce the pathology in vitro and identify some alterations in the expression of proteins that can be directly related to the absence or mutation of TNPO3.

We, as an association, are happy to have contributed to starting this research project, which joins the ambitious and multidisciplinary medical alliance and we hope to have the first results soon. Seeing that our constant efforts to raise awareness about rare diseases and to raise funds to finance research is bearing fruits and allows us to continue research on our disease, gives us energy to continue working hard and especially lets us believe in a better future. 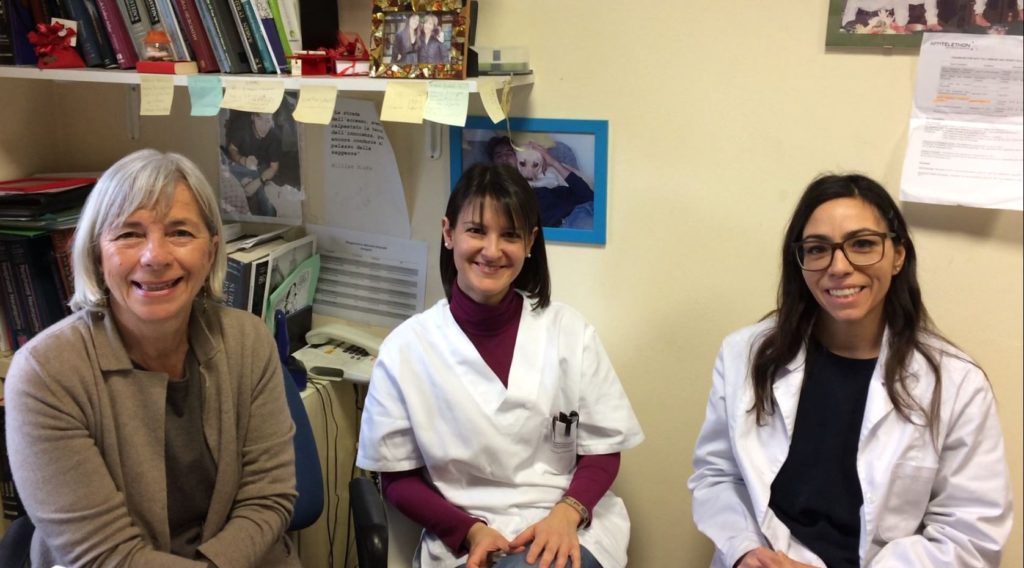