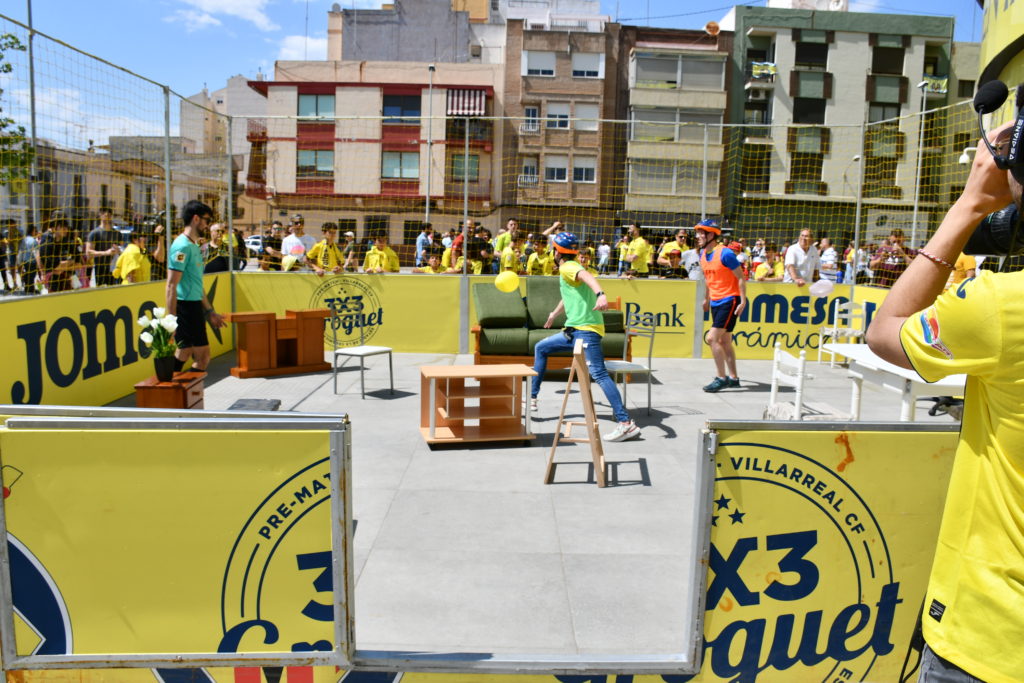 Last Sunday, May 8, in the preview of Villarreal – Seville, the final of «El Globet Groguet» was held, the first solidarity balloon championship, organized by the Conquistando Escalones Association with the collaboration of Villarreal CF and its initiative «Endavant Solidaritat» , which had to be resumed after being suspended due to rain on April 19.

Thanks to the collaboration of Villarreal in the infrastructure of the event, contribution of some of the prizes and having allowed it to resume; to that of the donors and that of the sponsors: Canseco Cerámicas, Mavic Engineering, Salatal Club, Multiópticas Ibarra, Vila-real Veterinaria, Montserrat Religious Articles, Aluframe and Axa & BR Asociados; and after subtracting the expenses and the contribution of a gift by the Association, there is a positive balance of €2,500 raised for research into Limb-girdle Muscular Dystrophy 1F/D2 and HIV.

In addition, the championship was broadcast on the Twitch channel (https://www.twitch.tv/turbolover1984) of the president of the Association, Abrahán Guirao, and thanks to the donations, more than €14,000 was achieved in the solidarity campaign that was is taking place on the platform also in order to raise funds for medical research.

Abrahán Guirao wanted to thank “the involvement of both the Vila-realense society and all those involved who have made this event a success and have added more benefits to the investigation of our disease”.

In this sense, Guirao recalled that now the next solidarity event is the BeeRЯock Fest with El Último Ke Zierre as the headliner, which will take place on May 20 as part of the festivities in honor of San Pascual, patron saint of Vila- real.