November 30, 2015. – Four investigation groups have decided to join efforts to study in a multidisciplinar project the protein Transportin 3, involved in the HIV infection and in a rare muscular disease (LGMD1F).

The project has been possible thanks to the collaboration of the patients affected by LGMD1F who, grouped as the association Conquistando Escalones, develop an intense activity to make known the disease and raise funds in order to investigate about this rare disease. The LGMD1F affects a hundred of patients, but it is estimated that another hundred people could also suffer from it and they are all from the same family, resident in locations from the Valencian Community, Murcia, Catalonia, Andalusia and also with some of their members in the italian province of Gorizia.

The Alliance is leadered by Juan Jesús Vílchez Padilla, chief of the Neurology Service of the La Fe Hospital of Valencia, Ramon Martí Seves, researcher of the neuromuscular and mitochondrial pathology Laboratory of the Vall d’Hebron Research Institute of Barcelona, Rubén Artero, researcher of the Translation Genomic Laboratory of the Sanitary Investigation Institute INCLIVA in the University of Valencia and José Alcamí chief of the AIDS Immunopathology Unit of the Health Institute Carlos III.

The description which says that the Transportin 3 gene (TNPO3), an importin involved in the transport of factors to the cell nucleus and in the infection by the AIDS virus, is the cause of the limb-girdle 1F type myopathy has opened this multidisciplinar investigation line that through the study of the molecular mechanisms by which this disease causes TNPO3 aims to open lines that allow both therapeutic treatment of myopathy LGMD1F as developing a new class of antiretrovirals.

The TNPO3 is an essential protein in the infection by the HIV, consequently the cells of the patients with the genetical defect in this protein which originates a severe muscular disease (LGMD1F) present a high resistance to the infection by HIV. This has been demonstrated thanks to the collaboration of the patients affected by LGMD1F grouped as the association Conquistando Escalones who develop an intense activity to make known this rare disease.

The groups of Vílchez and Martí evidenced that this disease is due to a microdeletion in the TNPO3 gene which generates an abnomal protein with a 15 aminoacids extension. The pathophysiological mechanism by which this defect originates the myopathy is still unknown. In the laboratory of Alcami it has been demonstrated not only the resistance to the infection in lymphocytes of patients with LGMD1F but also that the mutant protein is associated to the normal variant and blocks its function, which aggravates the impact of the defect which is produced in a single copy of the gene.

“It is an unique occasion” indicates Alcamí, because we are in front of the second genetic defect described – the first is the delta32 deletion in the CCR5 receptor of the HIV – that blocks the infection by HIV. By one side the cells of these patients allow us to study and understand an essential step in the infective cycle of the HIV which is bad known yet, and by the other side, we can use the HIV as a tool that allows us understand the molecular mechanism involved in the limb-girdle myopathy LGMD1F type”.

All the groups highlighted the importance of collaborating with the associations of patients, in this case grouped as the Association Conquistando Escalones to advance in the understanding and the cure for this disease that can bring new keys in the knowledge and treatment of the infection by HIV. 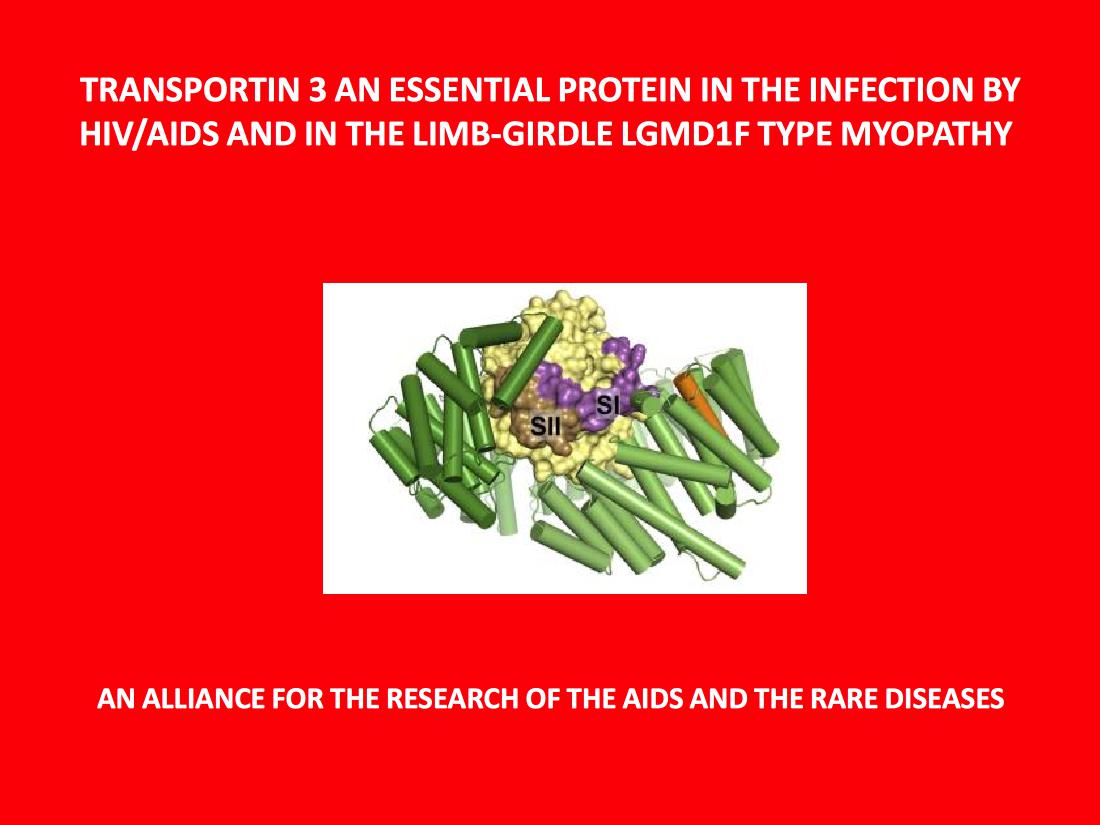 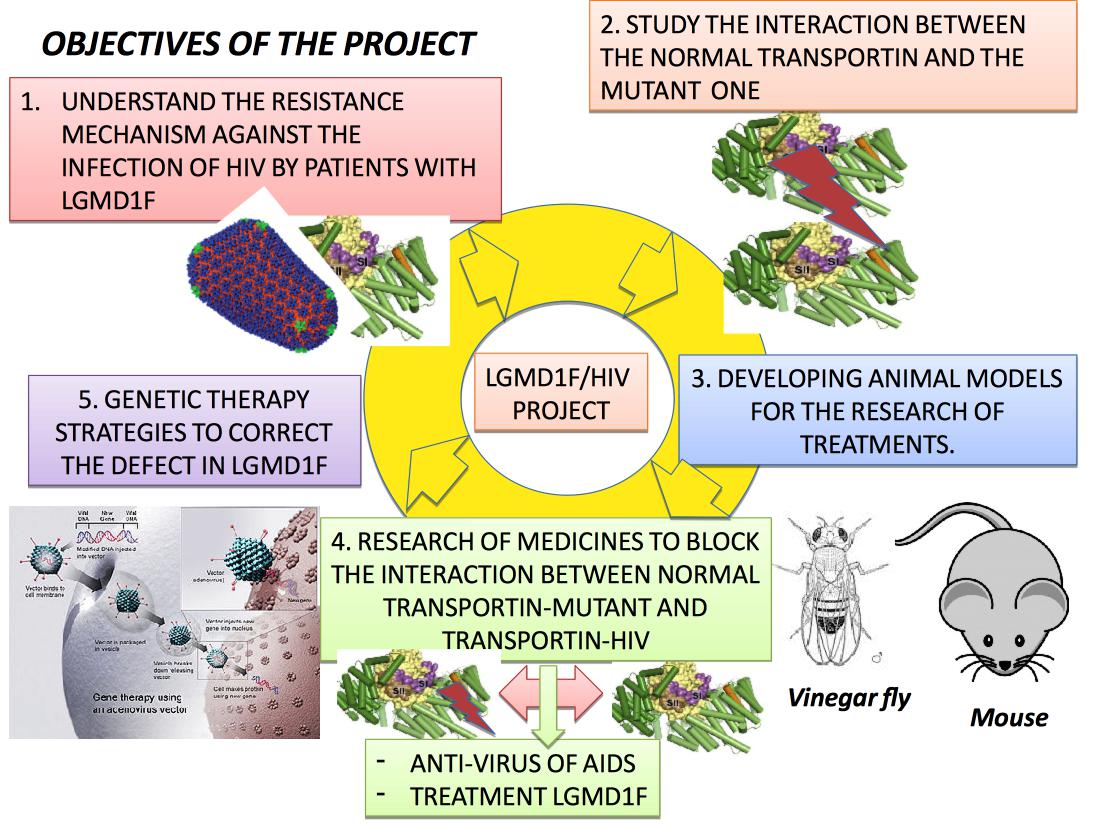 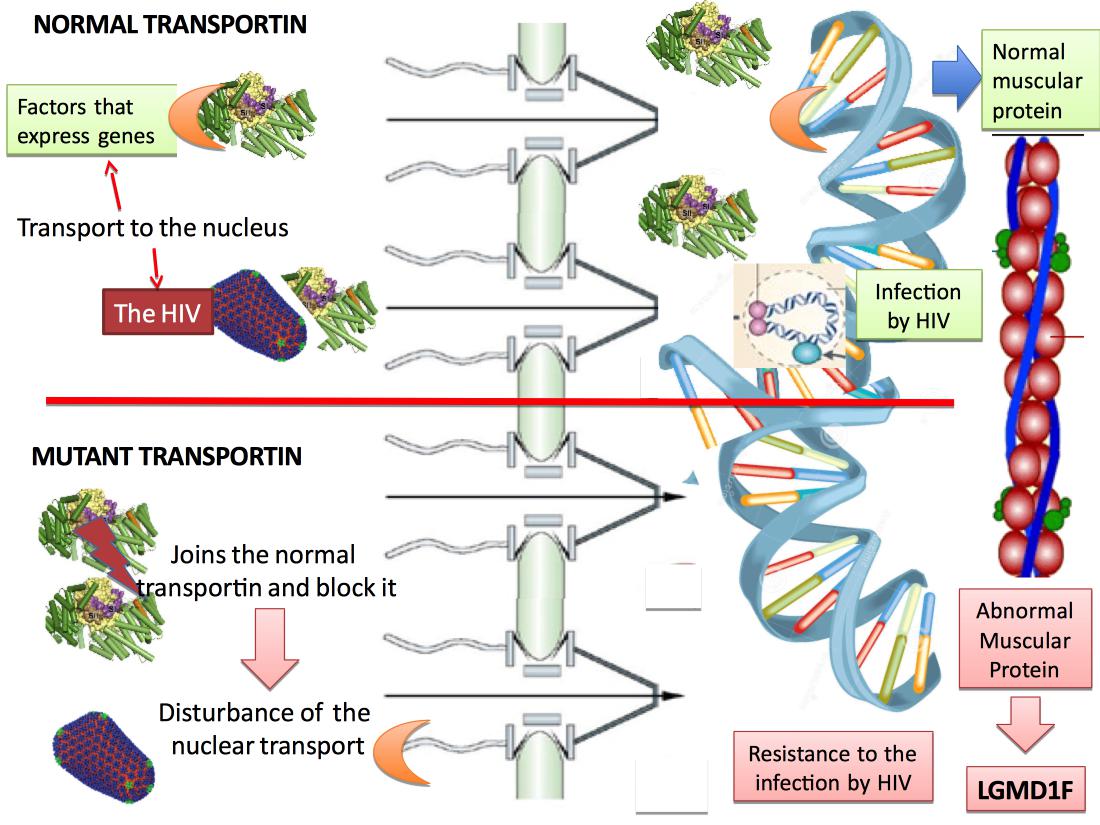 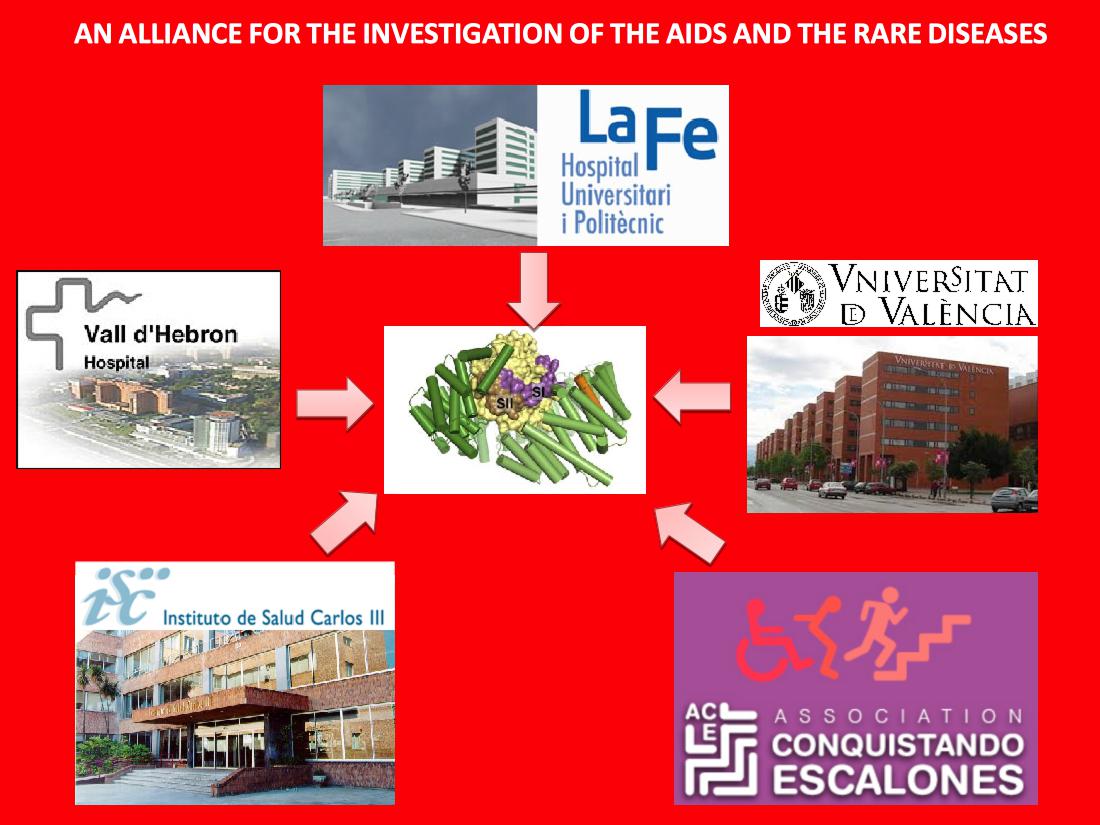