– Quesomentero Cheesebar donates 1 euro to Conquistando Escalones for each daily menu
– 1 succesful year and 120 cheeses from all over the world
Quesomentero Cheesebar is a restaurant located in Vila-real which since the last year delights the cheese lovers, with more than 120 types from all over the world and an exquisite treatment, qualities which result on a daily plenty of people and difficulties to site if you do not have an anticipated reservation. 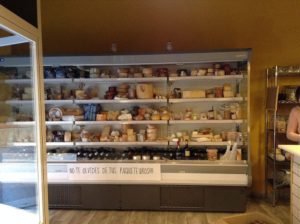 Opens again its doors after a short holidays and celebrates its anniversary, opening also a new edition of its charity menu which helps us to raise funds for the medical investigations which seek to find the cure for 1F Limb-girdle Muscular Dystrophy and the AIDS. With more than 500 euros raised thanks to the its menu and with thousands of satisfied stomachs, from Conquistando Escalones we want to give thanks to all the Quesomentero Cheesebar team for their solidarity, and we want to congratulate them for the anniversary and wish them to keep growing on their success. 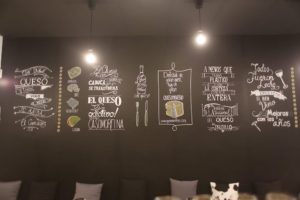 You may find them and nr 5 C/Pare Molina in Vila-real and make your reservation and online purchases at: https://www.quesomenterocheesebar.com/