They continue for the third Saturday in a row, the concerts of the ‘Route of vermouth and musical and solidarity afternoon’ in which Conquistando Escalones has participation and you can buy copies of the novel “La lluvia es una canción sin letra” by Ángel Gil Cheza in return Of a donation of € 5. This Saturday, January 21, will take place, on the one hand, the performance of a group of superhero rockers with a very particular staging and on the other, in the afternoon, the performance of which is undoubtedly one of the best and more recognized rock voices at provincial and national level. Ángel Belinchón, is known for being the singer of Dry River, one of the provincial groups with more relevance at national level. It will be his participation in the concert for the 45th anniversary of a mythical formation such as ‘Asfalto’, where he will sing with the mythical band and share the stage with people like Manolo García, Aurora Beltrán, El Drogas or the SuperTramp saxophonist 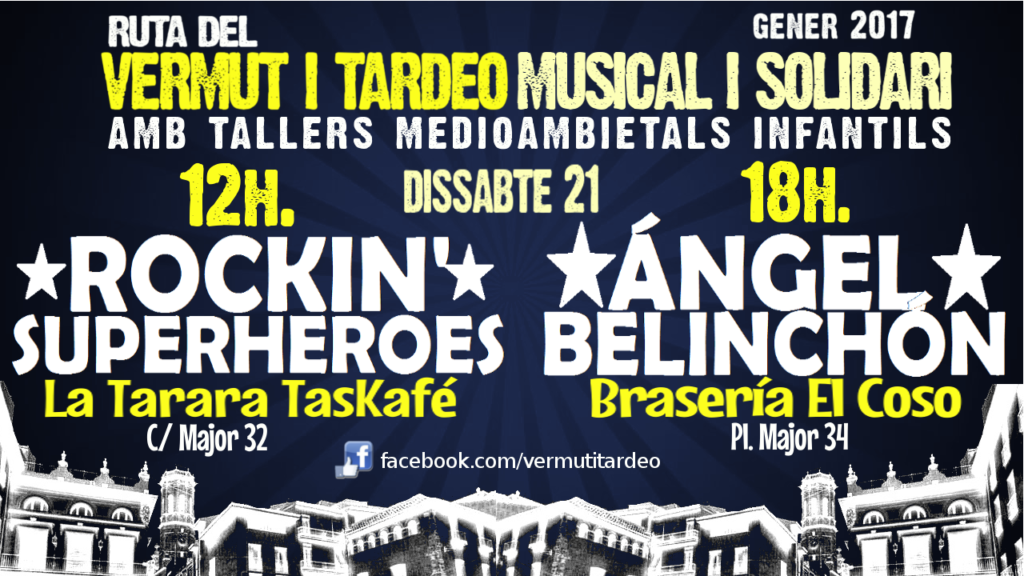 Therefore, this timetable is set for Saturday, January 21:

As always, apart from the Conquistando Escalones stand and the live music, there will be environmental workshops for the little ones in charge of Baobab.