Next March 3 in Vila-real (Castellón), the ‘Festival del Humor 4G’ will take place, with the presence of Pantomima Full, Loulogio, Juan Amodeo and Agustín Durán. This event is organized by the Conquistando Escalones Association, formed by a family whose members, all with a consanguinity link, suffer a unique mutation that causes them a genetic and degenerative disease called Limb-girdle Muscular Dystrophy 1F. This mutation also, located in the same protein by which HIV is introduced into the body when someone contracts it, immunizes them against AIDS. Currently, they carry out innumerable campaigns for the research groups that work for a cure that helps them and, in passing, millions. The ‘Festival del Humor 4G’ has the collaboration of VillarrealCF and the City Council of Vila-real.

VillarrealCF collaborates with this fight since 2016 and yesterday, from the hands of its vice president José Manuel Llaneza, presented the festival in a press room together with Abrahán Guirao, vice president of Conquistando Escalones. VillarrealCF in addition to buying tickets to raffle among its partners, will donate the box office of VillarrealCF C – Castellón this weekend, in which 479 tickets have been made available to the visiting club at a price of € 10. In the Saturday preview of VillarrealCF – Alavés, the event will be visible and there will be a photo with the starting eleven. In addition to all this, the club announced that it will do all what is possible to cover as much as possible of the € 150,000 needed to cover these investigations in 2018. It should be noted and remembered that in the last two years, the The association has managed to collect and pay these doctors about € 200,000. 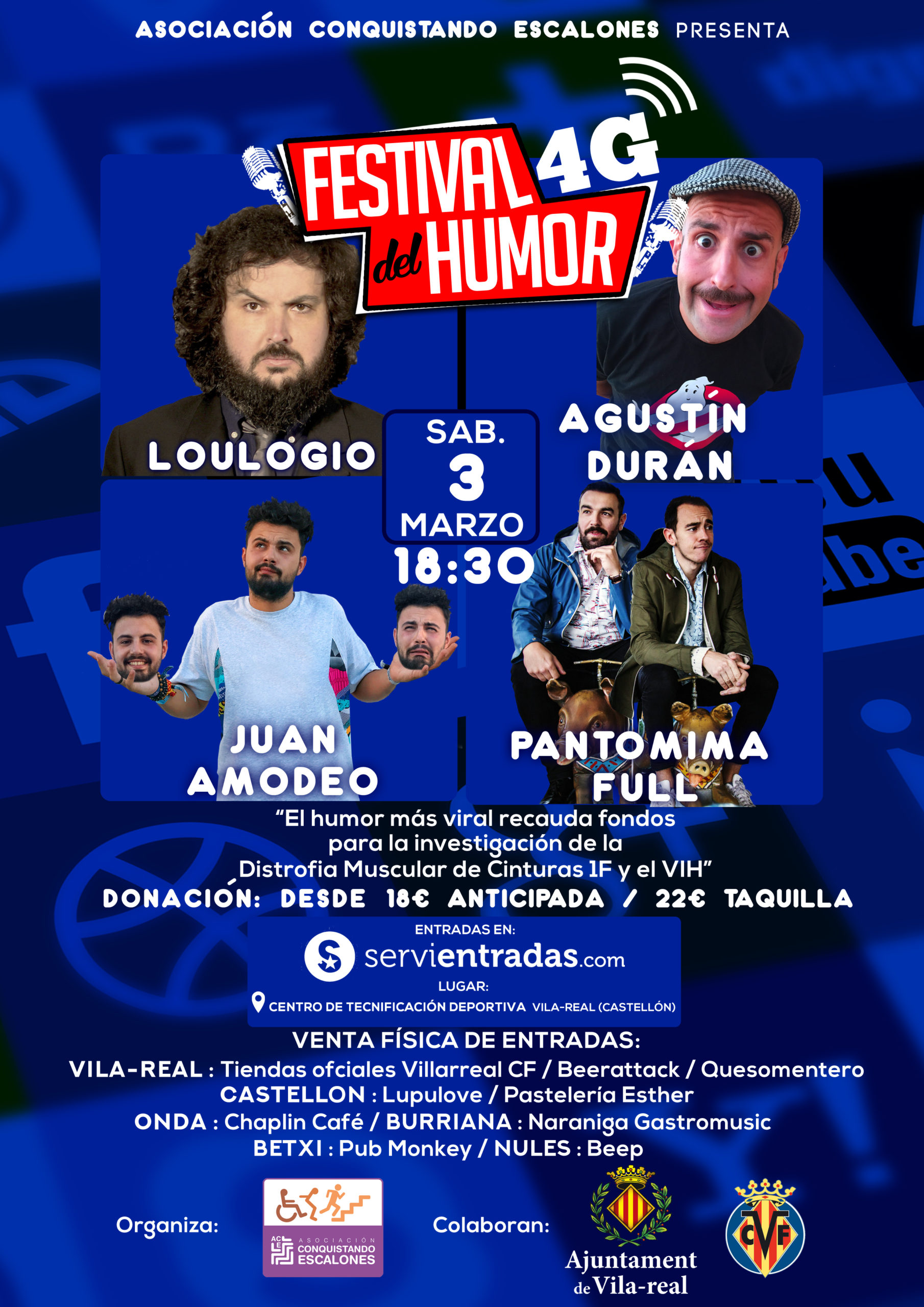 Tickets for the ‘Festival del humor 4G’ can be purchased at THIS LINK, as well as at different points throughout the province and can also be purchased at the stand arranged for it in the previous VillarrealCF – Alavés.

The Conquistando Escalones Association would like to thank all the support and collaboration received from the VillarrealCF and the City Council of Vila-real.