The 8th edition of the Barcelona Beer Festival, the biggest craft beer festival in Spain and southern Europe, takes place at La Farga de l’Hospitalet de Llobregat on the weekend of 15 to 17 March. Hundreds of professionals, amateurs and the general public will meet to try some of the 400 beers that will be in its near 100 shooters, with a volume of assistance that has already exceeded 30,000 people in its latest editions. 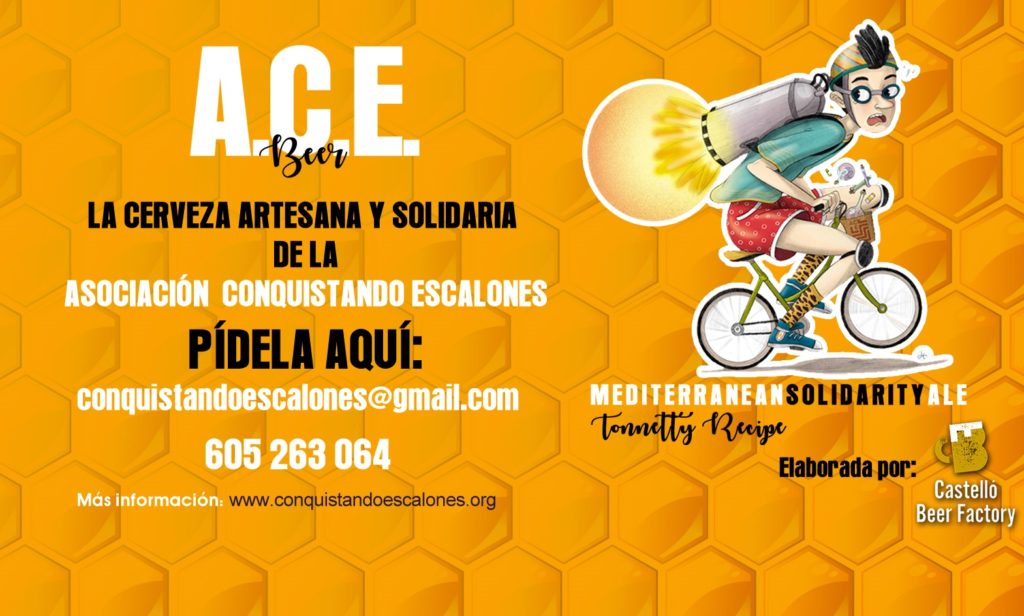 The organization of this festival, already had the pleasure of inviting the Conquistando Escalones Association in the previous edition so that it can present its craft beer (‘ACE Beer’) in a ‘Meet the brewers’ and besides being one of the beers that is He could try on the shooters of the festival. A beer with a recipe from Antonio Esteller and made at Castelló Beer Factory, which like all the events and campaigns that are carried out by the association, its benefits go to investigate the unique mutation in the world that makes the family which forms Conquistando Escalones from Limb-girdle Muscular Dystrophy 1F Cintures but makes them immune to HIV. € 200,000 is what you have to get annually to pay the 7 research groups seeking a treatment that can help millions.

This year, the collaboration of the festival organization goes further and is that Conquistando Escalones, will be the recipient of the solidary side of the Barcelona Beer Festival (BBF). Every year, from the hands of the official beer of the BBF and with the benefits that are raised, a cause is helped. Last year Skadoosh was made by The Alchemist beer and Casal D’Infants projects the chosen cause. In this 8th edition, the benefits obtained will go to the medical research of the Limb-girdle Muscular Dystrophy 1F and HIV. The beer chosen on this occasion will be Hops & Hopes, one of the oldest of the festival, made by the Masia Agullons family, one of the projects with more personality, trajectory and quality of Catalonia and the rest of the Spanish state, with beers that export to all the world.

And for this beer adventure in the spring of 2019, WE ARE LOOKING FOR SPONSORS. Companies that want their brand to accompany Conquistando Escalones during the weekend at the BBF, to be promoted to tens of thousands of passionate brewers from all over the world and to help cover the expenses derived from the presence in said festival and Increase funds raised for medical research.

+ information about the collaboration of the Barcelona Beer Festival, the beer Hops & Hopes and Conquistando Escalones: https://barcelonabeerfestival.com/?p=6484&lang=es