From 15 to 17 March was held in the 8th edition of the Barcelona Beer Festival, the largest festival of craft beer in Spain and southern Europe that this year has brought together about 40,000 people. As we told you in other news, the organization of this festival, already had the pleasure to invite the Conquistando Escalones Association in the previous edition so you can present your craft beer (‘ACE Beer’) in a ‘Meet the brewers’ and this year We were the recipients of the most supportive facet of the festival. Thanks to the sale of the beer chosen this year as official (Hops & Hopes of Masia Agullons), the Barcelona Beer Festival has donated € 1500 to the Conquistando Escalones Association. These will go to the medical research of the Limb-girdle Muscular Dystrophy 1F and HIV.

In addition, thanks to sponsorship support in this campaign by MAVIC, Multiópticas Ibarra and Esther Catering Pastry, the total benefits have exceeded € 2000. 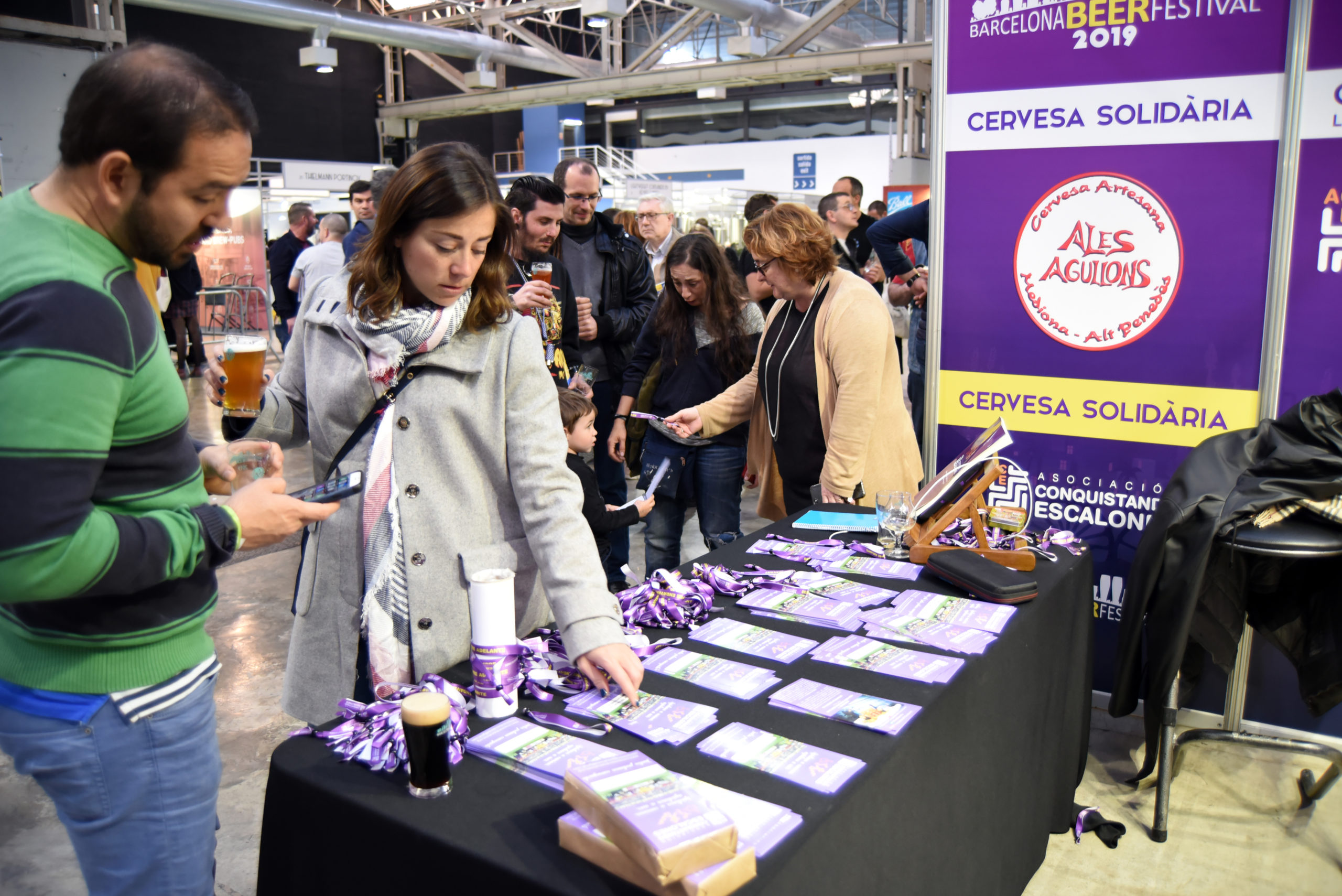 Next to where the beer was served we had a fixed stand all the festival in which we could make known our association to the crowd that during the weekend was approaching. Thank you very much to all ell @ s and especially to the organization of the Barcelona Beer Festival. More photos on our Facebook.