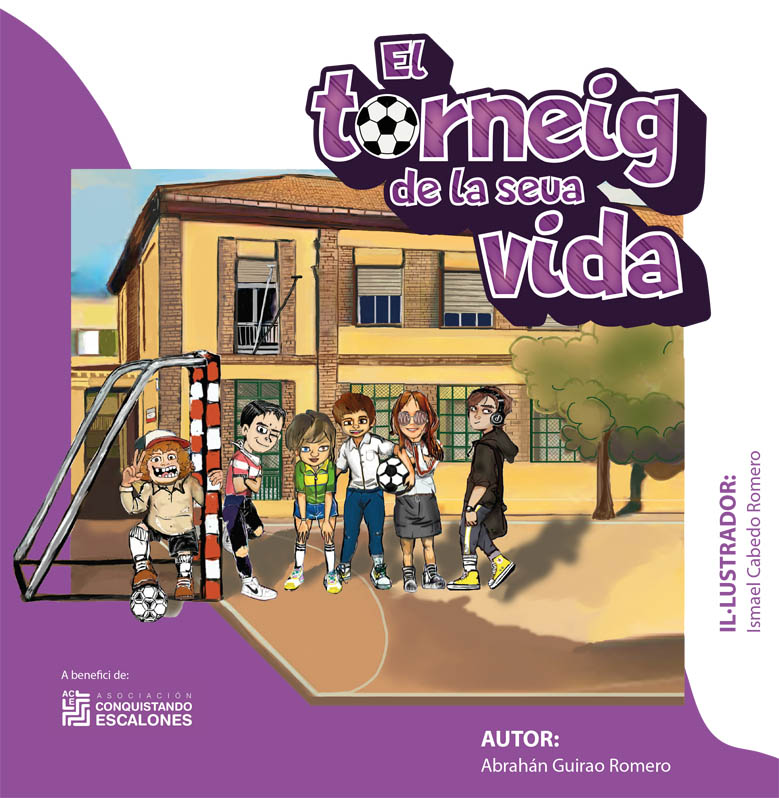 Specifically, it is a reprint of books in Valencian after almost a thousand of the printed ones were sold out at its launch, in addition to having incorporated the Italian, Friulian and Slovenian versions into the printed edition. The Italian headquarters of the association is located in the northeast of Italy, in the Friuli area, where the border with Slovenia meets and the three languages ​​converge. This printing will serve to get the book to schools and institutions as well as to carry out campaigns and events with the book as the protagonist.

Guirao values ​​this reprint and new edition “in a very positive way”, since this means that “the double objective for which this book was published is being fulfilled”. On the one hand, “The tournament of your life” is taking its message of friendship, inclusiveness and disability without heroics or paternalism to more and more families and children from different schools, starting with many located in the Valencian Community. In this sense, it should be noted that the reprint of the book in Valencian has received a grant from the Generalitat Valenciana to promote the Valencian language.

Along these lines, the President of the Association added that “we continue working so that the book reaches more points in Spain”. In addition, we must not forget that the fact of having made a second edition of “The tournament of his life” supposes that the book is one of the ways to finance medical research that seeks a cure for 1F / D2 Waist Muscular Dystrophy and HIV.

The book can be found on the Conquistando Escalones website as well as in bookstores, Amazon, La Casa del Libro and El Corte Inglés, among others, thanks to the Editorial NPQ of Grupo Editorial Sargantana.

“The tournament of his life” is an illustrated book that tells how its protagonist, Felipe, arrives at a new school and makes new friends while he notices that his body begins to transmit strange sensations and he begins to not be able to run or climb stairs like the rest . This illustrated book tells the adventures of a gang of boys and girls who create a strong bond and fight together towards an exciting purpose. It tells an exciting story about friendship, football and above all, inclusiveness. Disability away from messages of heroism or paternalism.