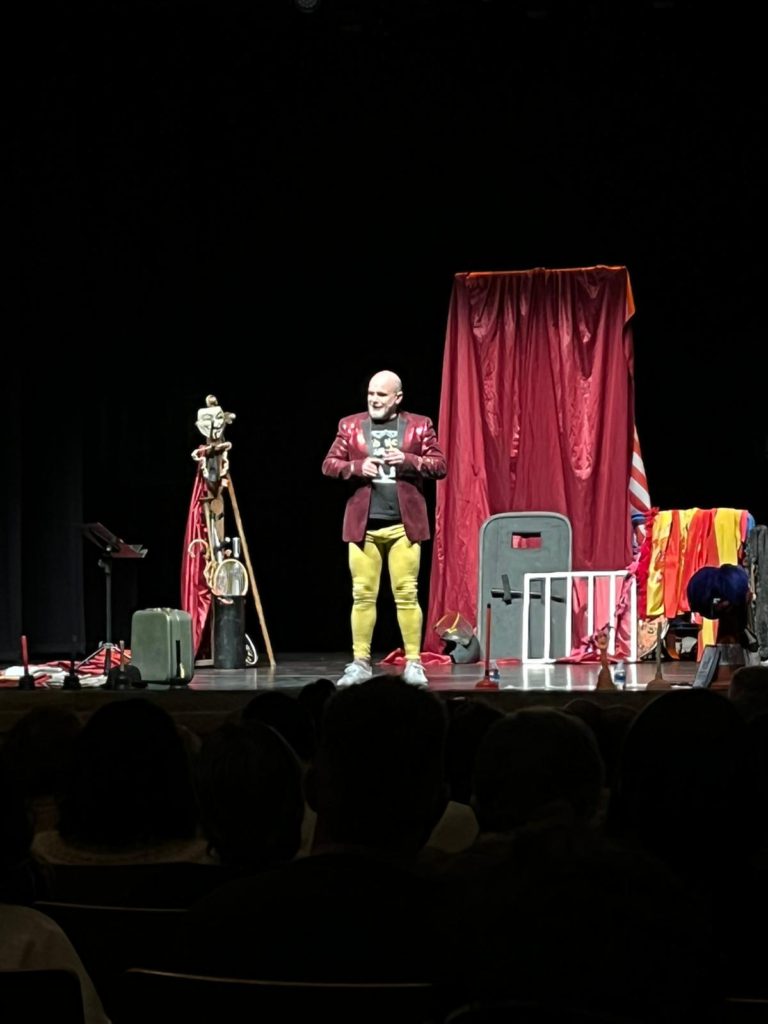 On January 14, the show Xavi Castillo News! L’actualitat en tres ‘pataes’ by the Valencian humorist Xavi Castillo. Thanks to this action, €1,962.26 has been raised, which will be used for research into Limb-girdle Muscular Dystrophy 1F/D2 and HIV. In this sense, from the Association we want to thank both the City Council of Vila-real, through the Department of Culture, and Pot de Plom, the comedian’s company, for their predisposition to carry it out and make the profits collected be greater. . A thank you that is extended, how could it be otherwise, to the more than 300 people who, with his assistance, collaborated in our cause.

In addition to collaborating, people did not stop laughing during the almost two hours in which the humorist reviewed the news. It should be noted that this performance made us especially excited since Xavi Castillo’s performance was one of the last we did before the health crisis caused by the expansion of COVID-19 forced us to cancel all face-to-face events. Now, it has been him and his company who have re-inaugurated what we hope will be the return to events with the public to raise funds for our medical research.

Thanks everyone for making it possible!!