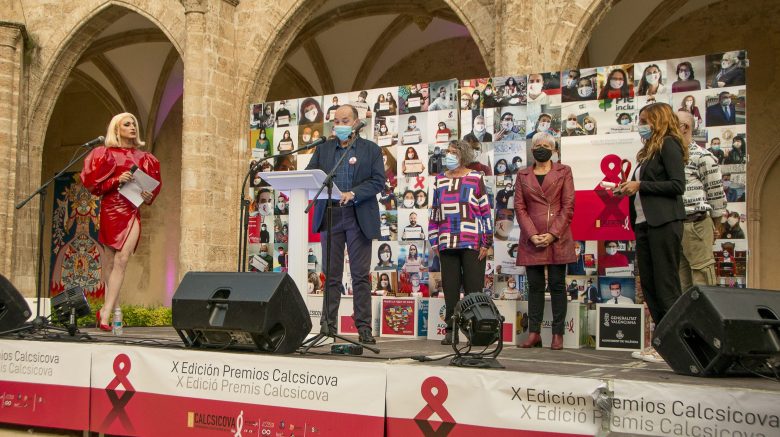 The Coordinator of HIV and AIDS Associations of the Valencian Community (CALCSICOVA) has recognized the activism of the president of Conquistando Escalones, Abrahán Guirao, “for his work towards people affected by Limb-girdle Muscular Dystrophy 1F/D2, a degenerative disease that begins affecting the motor capacity and ends up compromising the respiratory capacity and the cardiac function, and for its implication in the investigation of the cure of HIV”. Guirao thanked the Coordinator for this recognition, which he extends to the rest of the members of Conquistando Escalones. “Since it became known that our mutation could help HIV patients, CALCSICOVA has been helping and supporting us. It is an award that fills me with joy and pride and that also gives me the strength to continue in a fight that is not only for those of us who suffer from muscular dystrophy but for the millions in the world who suffer from HIV”, pointed out the president of Conquering steps.

CALCSICOVA, which this year celebrates its 25th anniversary, announced this year’s winners coinciding with World HIV Vaccine Day, May 18, and with the Memorial for people who have died from AIDS. Along with the award for Abrahán Guirao in the category of activism are Dr. Miguel García del Bou and the auxiliary care technician Sonia Franch Cifuentes (health category), Energy Control (awareness), the Center for Sexual Health of the Elche Hospital (prevention) , the SuperVIHvents network (advocacy) and the GESIDA group (education).

More details of the winners at: calcsicova.org/xi-premis-calcsicova/