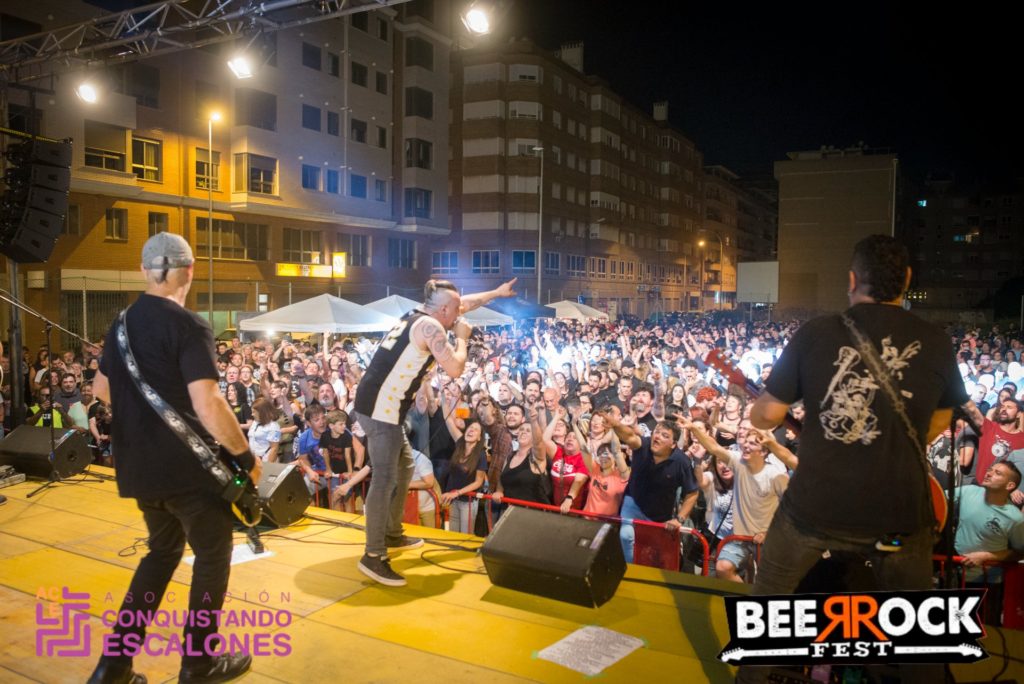 On May 20, in the middle of the festivities of the patron saint of Vila-real, the ‘BeeRЯock Fest Returns’ was held in the car park on Jaume Roig Street with Ducat d’Atenes. An event that is almost a tradition in the city’s festivities, is in its sixth edition, and that has a charitable character, since all the profits obtained go to medical research on Limb-girdle Muscular Dystrophy 1F/D2 and HIV. We are pleased to report that approximately €8,600 was raised for medical research, thanks especially to the collaboration of the Vila-real City Council which, through the Department of Fiestas, has collaborated with the expenses of the festival, the financial contribution of the sponsors and of course to the bar drinks of all attendees.

It should be noted that this edition, after two years of hiatus, with El Último Ke Zierre has been a resounding success and from the first hours of the festival there were people participating enjoying quality music and a good atmosphere. “We can affirm, without a doubt, that it has been the best edition to date”, indicates the president of the Association, Abrahán Guirao. In addition to EUKZ, the public enjoyed ‘Great Musician and Best Person’, ‘Red Smoke’ and ‘Sonia and her Henchmen’. Everything was broadcast on Guirao’s Twitch channel, where it can still be seen on a delayed basis. During these days each concert is being uploaded separately on its YouTube channel.

Guirao affirms that it is also true that “in the 7 years that we have been as an association, it has been the event that has cost us the most to carry out” since to the complexity of organizing an event of this type, bureaucratic issues have been added that were unknown until now. the moment and of which we were notified with little notice”. However, the positive part is that after the massive attendance and the constant growth since the first edition, from Conquistando Escalones we consider that it is a festival that has to be valued “We hope that next year it can be done again and continue to grow, but there are aspects that must be improved and they do not depend only on us,” explains Guirao.

Thank you very much for fighting with us for a cure! Together we will get it.

The photographs are by Xavi Llop. You can see the entire album HERE.