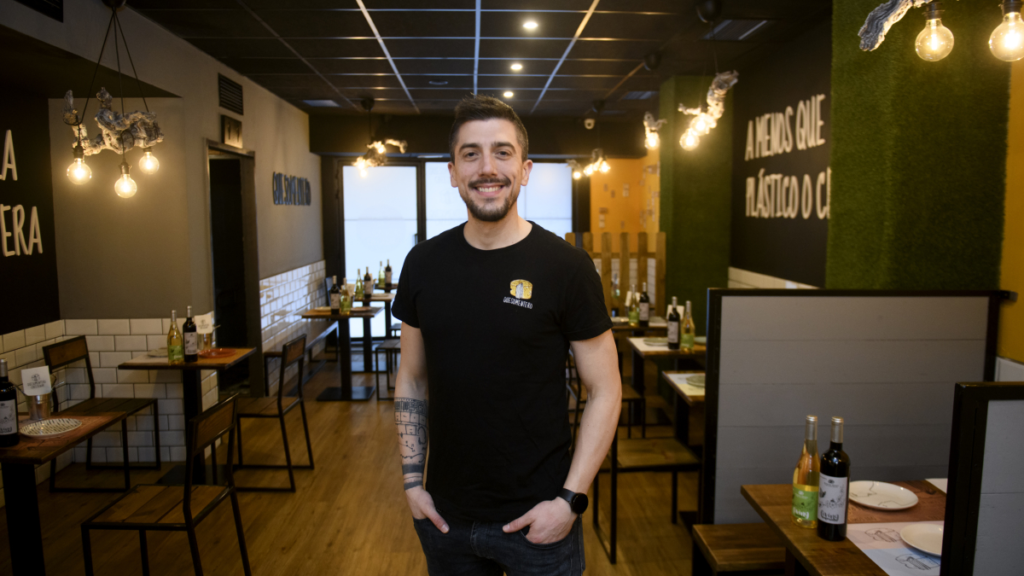 The Quesomentero restaurant, which collaborates continuously with the Conquistando Escalones Association practically since it opened its doors in 2015, has exceeded the 10,000 euros contributed to the entity so that it can continue with medical research into drugs for the treatment on Limb-girdle Muscular Dystrophy 1F/D2 and, in turn, for millions of people since the mutation that causes this type of dystrophy makes its carriers immune to HIV.

During these years, the renowned cheesebar has launched different actions to benefit the Association such as cheese tastings, both online and physical, including music; organization of events or the contribution of one euro for each daily menu served by the restaurant in its previous location. Currently, Quesomentero sells and donates the full amount of the craft beer ACE Beer, which raises funds for Conquistando Escalones.

The president of Conquistando Escalones, Abrahán Guirao, explains that he and Alberto Santos, CEO of Quesomentero, “already call each other brothers.” “I am very grateful for everything he did without practically knowing me at all, just as a client who went to the store from time to time, as well as during these years of work for the Association. Every time I have picked up the phone to ask him for something, he has been there and has even contributed ideas and thought of actions for the benefit of our cause and it is something difficult to find in a person with a workload like Alberto’s”, says Guirao.