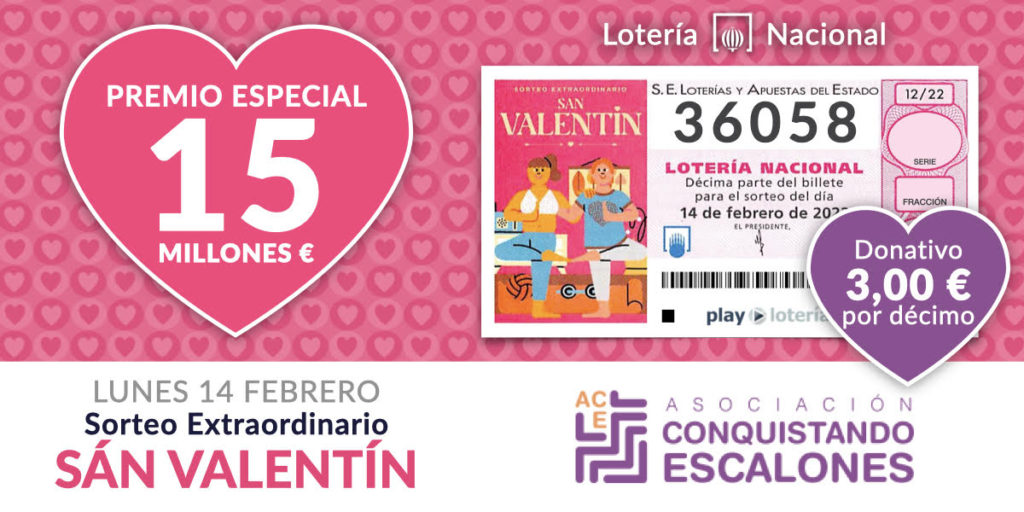 In addition to the usual Christmas raffles and the almost also usual extraordinary raffle that takes place in summer, at Conquistando Escalones we have a lottery for the extraordinary Valentine’s Day raffle, thanks to the Carlos III Administration of Fuenlabrada and its online platform PlayLoterias. And, of course, we play the usual 36058 again.

The tenths to participate in this draw, which will be held on February 14, can be purchased at the following link: https://www.playloterias.com/loteria-conquistandoescalones. The sale will be active until the day of the draw at 4:00 p.m.

Each tenth has a cost of €18, of which €15 is played and €3 is the donation for research into Limb-girdle Muscular Dystrophy and HIV.

Good luck to all!